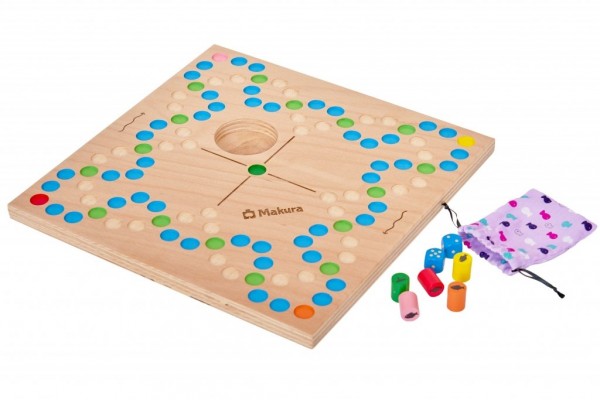 In a small pond, 4 fish swim calmly, but their well-being is disturbed by a fisherman on a boat. He wants to catch them, but the fish do not give up so easily and try to swim to their house as quickly as possible. But the… More information

In a small pond, 4 fish swim calmly, but their well-being is disturbed by a fisherman on a boat. He wants to catch them, but the fish do not give up so easily and try to swim to their house as quickly as possible. But the fisherman has a lot of options to wait for them. So who do you think will win this time?

Rules of the game:

Swim Fish! game is designed for 2 to 5 people. The more players, the more fun you will have, so the ideal number is 5. If there are less than 5 of them, players can divide the other fish and play with more fish at once, or only with one. The game is not limited by age, but by the condition that the children who play it can add and subtract to 12. Not only do the children play, but they also learn to count in a fun way.

At the beginning of the game, players roll both dice in turn, and the one who gets the same number on both dice will play as a fisherman. The others play like fish.

Blue fields including colored shelters and light green fields are the path of the fish. Light green fields mark the places where the path of the fish intersects with the path of the fisherman. These fields are the most dangerous for small fish, because there the fisherman can catch them. Fish-players place their pieces on the squares of the appropriate colors. These are their shelters from which they come out and have to return to them without being caught by a fisherman. The fish take turns clockwise in the game and roll both dice at the same time. They add the value of both dice and advance by as many squares as the sum of the dice. If the value on both dice is the same, they roll and advance one more time. If one of the fish steps on a square that is occupied by another fish, it throws it away and the discarded fish returns back to its shelter, from where it starts playing again. The fish that gets to its shelter first without being caught by a fisherman wins. But on the last roll, the player has to roll the same number of fields that left to the shelter. If the value is higher, it returns from its shelter back in the opposite direction, and when it is its turn again, it will try again. (Example: A fish stands 3 squares in front of its shelter and total value on dice is 7. It advances 3 squares to its shelter, from where it returns 4 squares in the opposite direction of the game.)

The fisherman starts in the middle of the pond (playing field). His path is made of unpainted fields, including its starting dark green field and light green fields, where the paths of fish and fishermen intersect. These are the most important for him, because he can catch fish on them. He can also get faster from one side of the playing field to the other with a dark green square in the middle, from which connecting lines lead to all four sides. He rolls both dice, but unlike fish, he can choose to add, subtract, or even choose a value of only one dice. He can even go in any direction that can be changed in each round.

The fisherman wins when he catches all the fish. Fish wins when it gets back to its shelter first. So many rounds are played that all players take turns like fishermen.

Designed for children: from 5 years 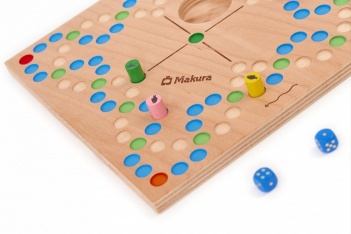 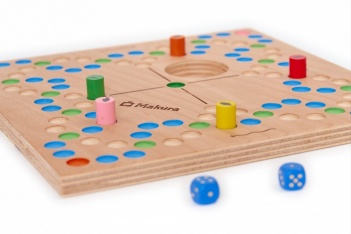 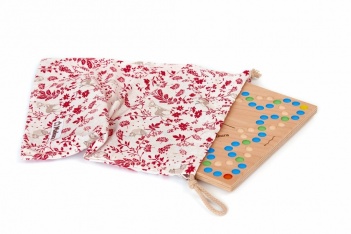 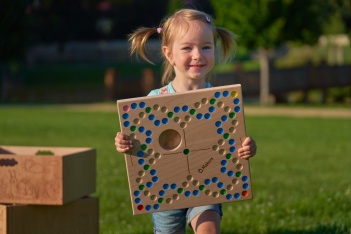 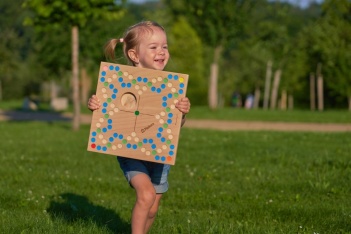 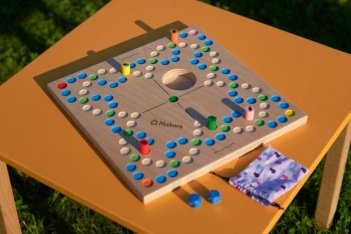 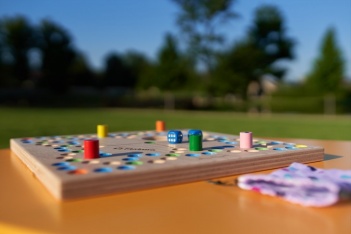 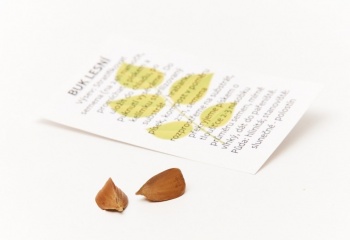 Do you own this product? Do you want to share your experience with the others? Feel free to rate the product.